After months learning OpenGL and GLSL I have developed this example project called Hero Demo it is a night scene, with particles effect, SkyBoxing, per-fragment point lightning, water rendering

The main idea was to develop a night scene, so the lightning effects would be noticeable. So I created an island terrain using a PNG heightmap. I used one heightmap I have downloaded from the internet as a template and edited it using Photoshop.

The heightmap for the terrain:

To that terrain I added, a Cabin, Pier, Bushes, Lamps and a firepit model. Most of them were downloaded free of charge from TurboSquid a 3D model database that I highly recommend. All of them were properly textured before place them in the scene.

The models used for the scene were: 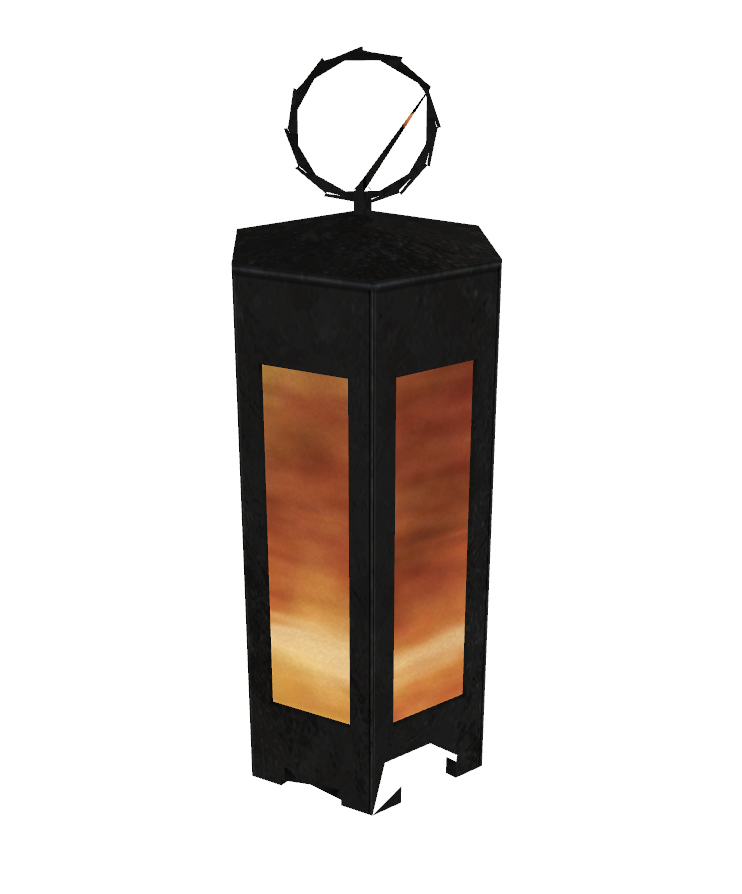 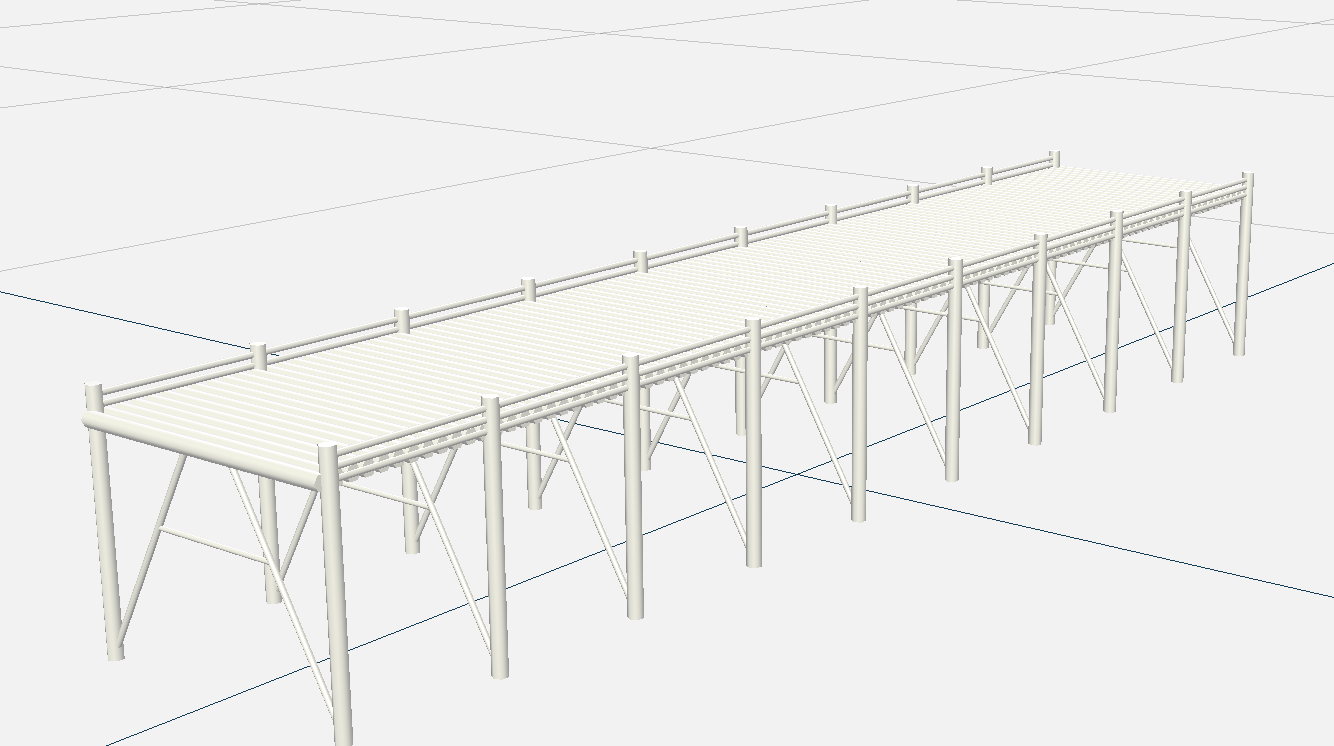 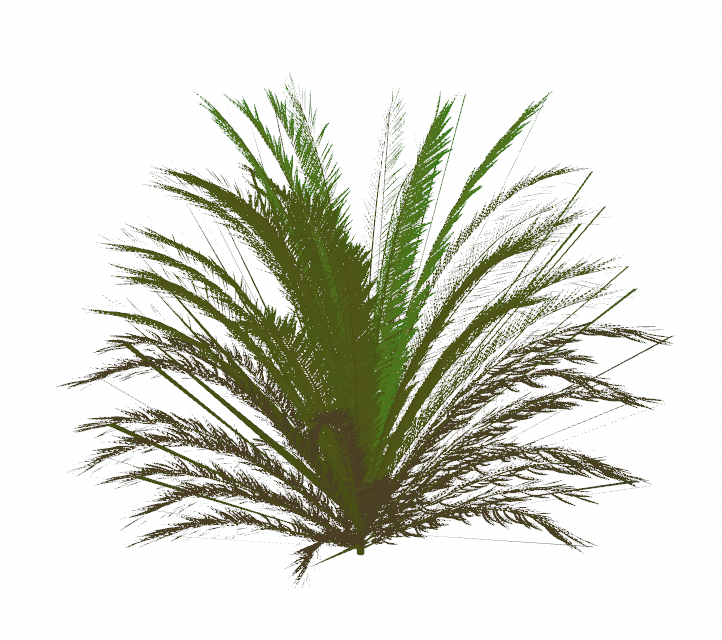 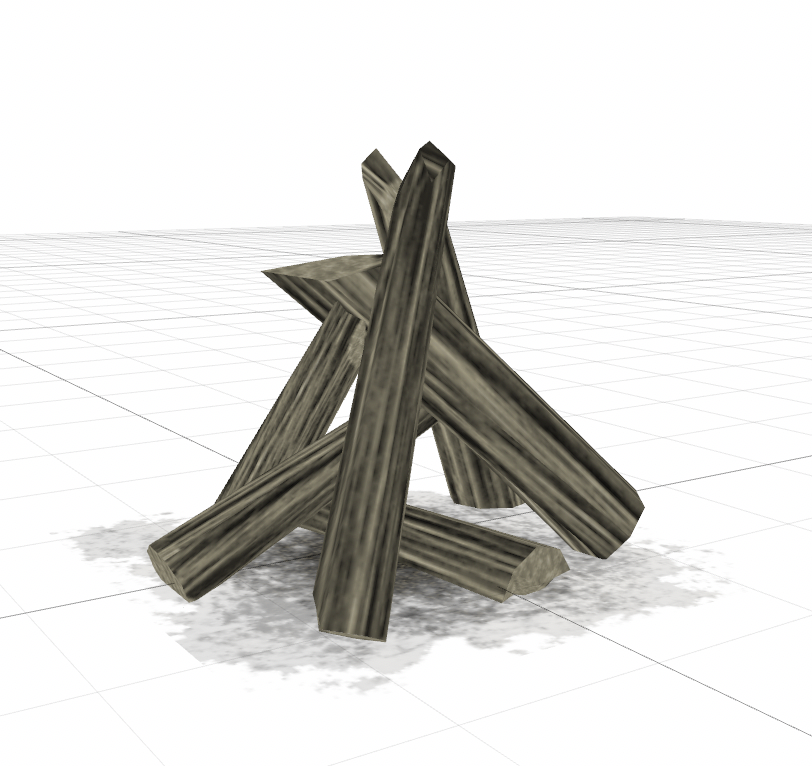 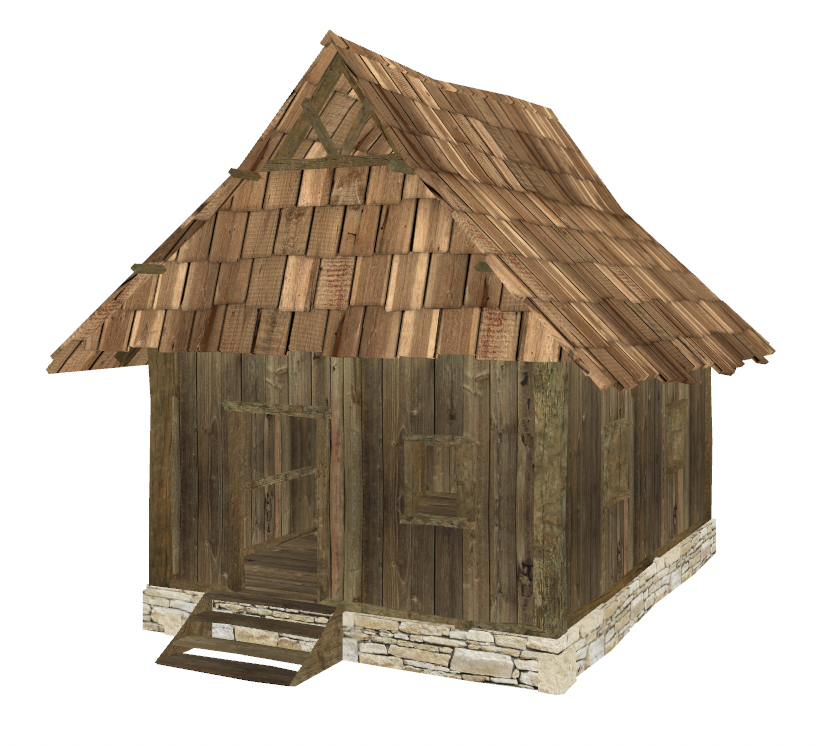 For this scene the approach selected was using multiple GLSL shaders so it would be easier to implement each one of the effects.

The shaders used were the following:

Used for the effects applied only to the models rendered in the scene. Here I have implemented the fog effect and the per-fragment point lightning for the objects. It also contains directional and ambient lightning effects. Here you can see a Snippet about how the Ambient, Directional and Per-Fragment Point Lightning was implemented.

In this shader, all the things related with terrain texturing, and lightning was implemented. In this case the texturing for the terrain is a little bit special, because it is textured with one texture or another depending if the program is rendering the part of the terrain above or bellow the water, this technique is called Shoreline multitexturing.

Here, I implemented all the things related with the water rendering effects. The wave animation of the water is down through the vertex shader. Also, the water is textured with a mixture of a water texture and the skybox colour so the water never have a completely different colour than the skybox.

I have implemented two different shaders for particle effects, but they are pretty much the same shader with the exception of some parameter so I would only show here the one related with the rain effect.

Here is a Screenshot of the outcome of the project: 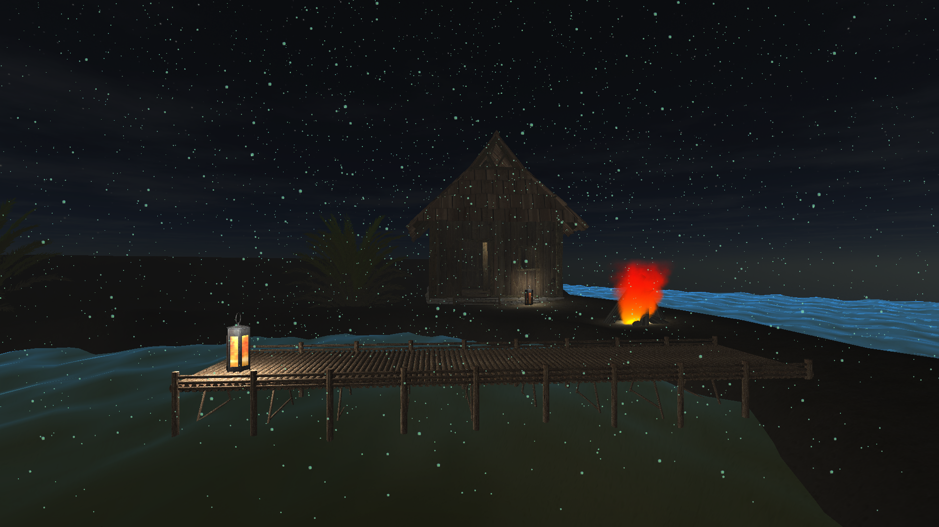 The whole project is available in GitHub, so don’t hesitate to fork the project and modify the code as you like.