Developed as a collaboration project between Intelygenz Software and the University of Cádiz.

The study aimed to dispel doubts when choosing a cross-platform development. For this, the most used cross-platform frameworks in the software development industry (React Native, Ionic, Flutter and Weex) have been compared in terms of execution times and code quality, offering an objective comparison between them. This comparison has been made through the development of four benchmark applications, one in each of the frameworks and the measurement of metrics in them for the subsequent contrast of the data obtained.

We concluded that, despite the difference in performance with native applications, cross-platform development is an alternative to bear in mind when making a mobile development due to the great advantages it offers in versatility and costs.

The study can be seen here.

The aim of NetflaxCalendar is to add an event to a Calendar in GoogleCalendar with the publication date of the series on Netflix. To achieve that it uses Netflix twitter bot’s (Such as NetflixBot or ElGallodeNetflix) tweets ans every time a new tweet is published it adds an event to your series calendar.

Developed by me and Luis Gonzaga Rozo Bueno

The aim of the WebApp is to be a simple task manager application where you could add, modify and remove tasks and set a priority and a due date for them. This app was developed in order to learn how to use Docker and Electron. 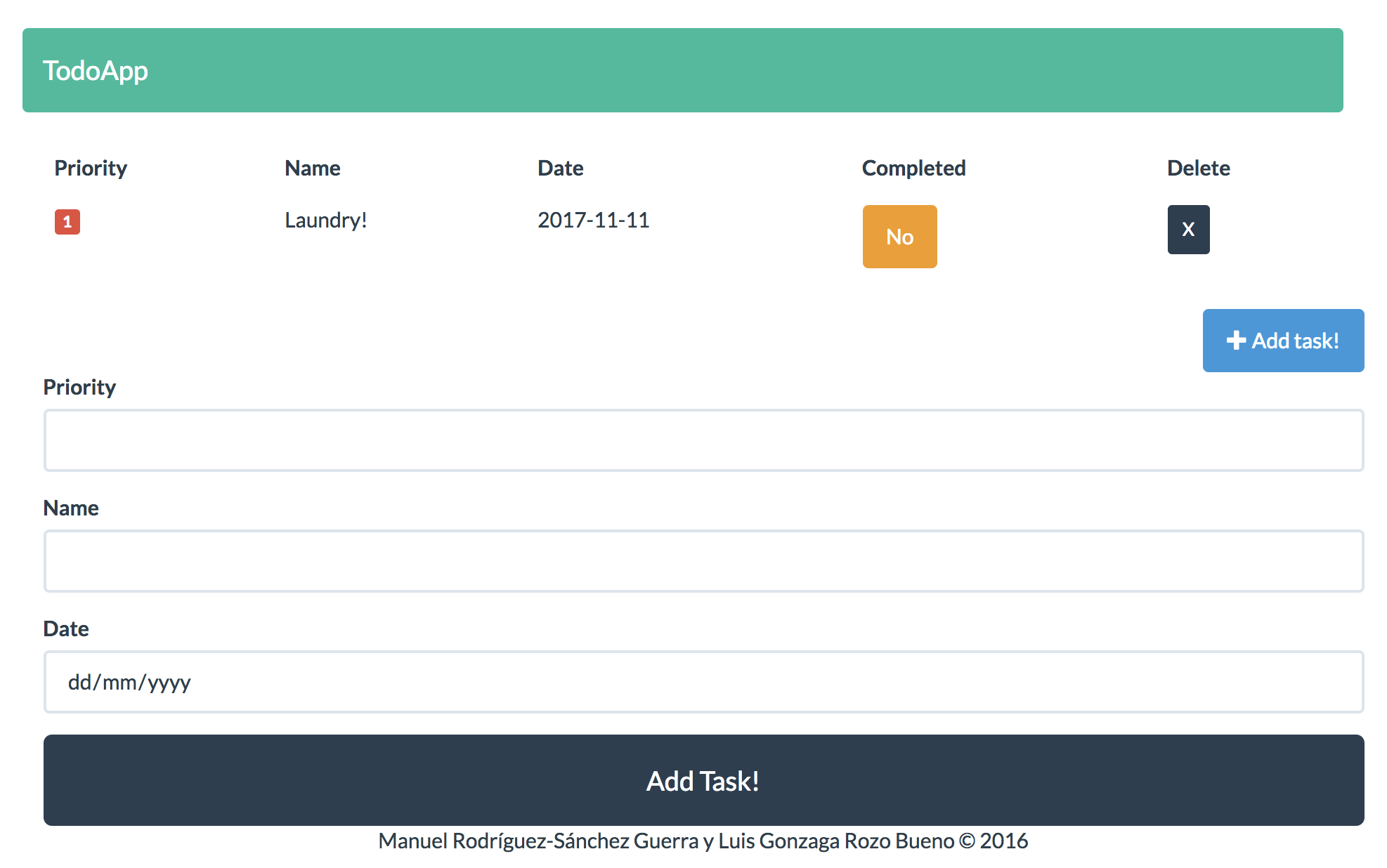 Developed by me and Luis Gonzaga Rozo Bueno

We wanted to made a text-based game strongly inspired by other similar games such as Zork. So we chose Java as our language and we focused on the code design, using Design Patterns.

If You want to know more about it, you could check out the wiki.